Why do I keep making these irrational decisions?

The most famous rule in investing is “buy low, sell high”, despite its simplicity, most of us do the exact opposite. Both novice and professional investors make many irrational decisions in the investment process. As they tend to sell during panics due to fear and buy when the market is going up due to greed. This irrationality is not just a beginner’s mistake but a fundamental flow in our thinking, both the beginner and expert suffer from.

So, why do we keep making irrational decisions?

The fast system is our default, it’s how we make 95% of our decisions, it’s irrational, biased and mostly wrong. The slow system is logical, more comprehensive but rarely used in our daily life.

Our fast system tends to draw conclusions fast without comprehending the facts. So let’s look at some of the major biases and traps that lead us to make bad decisions. 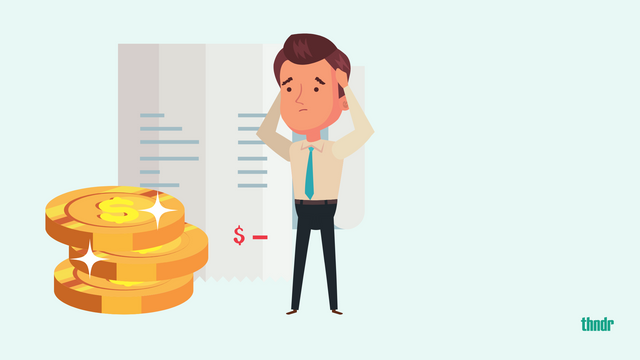 We tend to fear loss more than we desire gain. Research shows that fear is twice strong as greed. This bias seems logical, but it creates a flaw in our risk taking decisions. Consider the following scenarios:

Most people tend to take the risk here. They don’t want the certain loss, so they take risks so they can avoid the loss even if it’s just a 10% chance.

If we are totally rational species, then our choice in both scenarios should be the same, whether to take the risk or be conservative. But our flawed thinking and loss aversion tendency make us take risks only when it comes to avoiding losses not achieving gains.

We turn out to be very bad at predicting how we will act in the future. We think that we can commit to a restricted diet after eating a large meal, however we overeat again once we become hungry. This inability to predict our own future behavior is called the “empathy gap”. In a cold state, we think we can commit to our rational plan, but once we are in a hot state (emotional pressure), we give up the plan easily. That’s why you should never go to the supermarket when you are hungry.

But How is this related to investing?

So you should only evaluate investment opportunities in a cold rational state when there’s no hype or panic in the markets. Don’t try to analyze bitcoin trading during its all-time highs, but do it when no one else is talking about it. Investors should follow the Seven Ps rule: Perfect planning & preparation prevents piss poor performance.

We tend to overestimate our abilities, thinking we are smarter than others and won’t repeat their mistakes. Studies have shown that 74% of people think they are better than average drivers and 80% of students think they’ll end up in the top 50% of their class. This unjustified overconfidence significantly increases in experts, even if data has shown that their forecasts were mostly wrong. They tend to look for other justifications why their forecast or analyses were not accurate.

Confirmation bias is the most effective way to go on living a lie. It is a complimentary bias to our overconfidence trap, we tend to like getting confirmation/validation from other people in a similar situation. We love to see what more analysts recommend, we not only look for the information that agrees with our hypothesis, but we tend to see all information as supporting evidence for it.

One way to overcome this trap is by proving yourself wrong first, that’s how the scientific method works. Instead of looking into what supports your idea, look for what might kill it.