E-finance has made amendments to its IPO timeline. 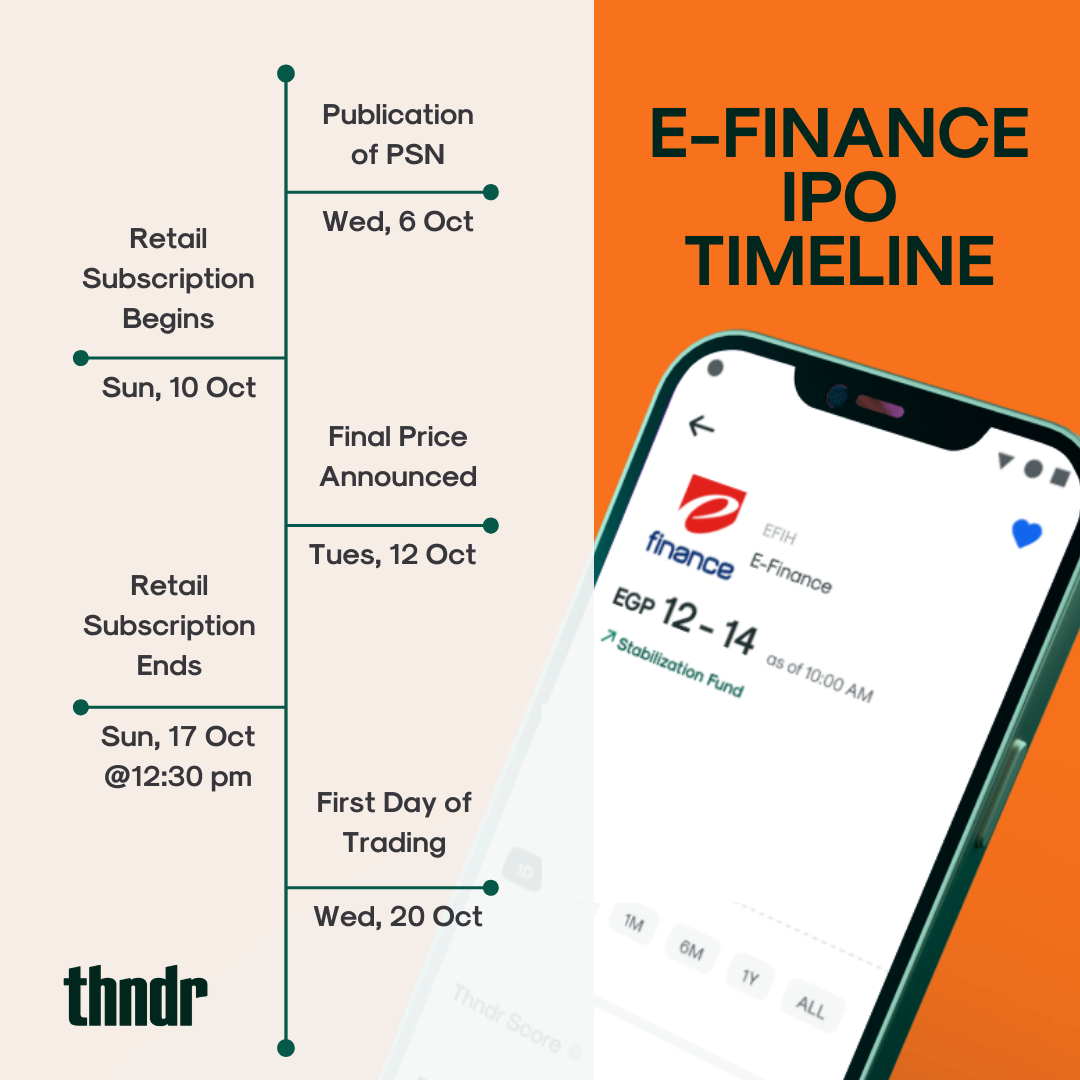 Who is affected🤷: According to the updated IPO timeline, the PSN was published in local newspapers yesterday, the 6th of October. The PSN is a tell-all document that’s required of all companies going public in Egypt and includes all information about the company. The PSN is a must-read for anyone interested in investing in the company. The new retail subscription start & end dates are 10th of October & 12:30 PM on the 17th of October, respectively, with the final price to be determined on the 12th of October. Settlement & the first day of trading are set for the 20th of October. 90% of the offering will be allocated to institutional investors, with the remaining 10% allocated for retail investors.

Why is this important🤔: We at Thndr are – for many reasons – very excited about the upcoming E-finance IPO. We know some of you are excited too, so we held a Webinar on Zoom discussing the details of the biggest EGX IPO since 2007, & we recorded it! You can now watch it on YouTube.

The private placement of Emerald Development & Projects Management has been oversubscribed by 190%. 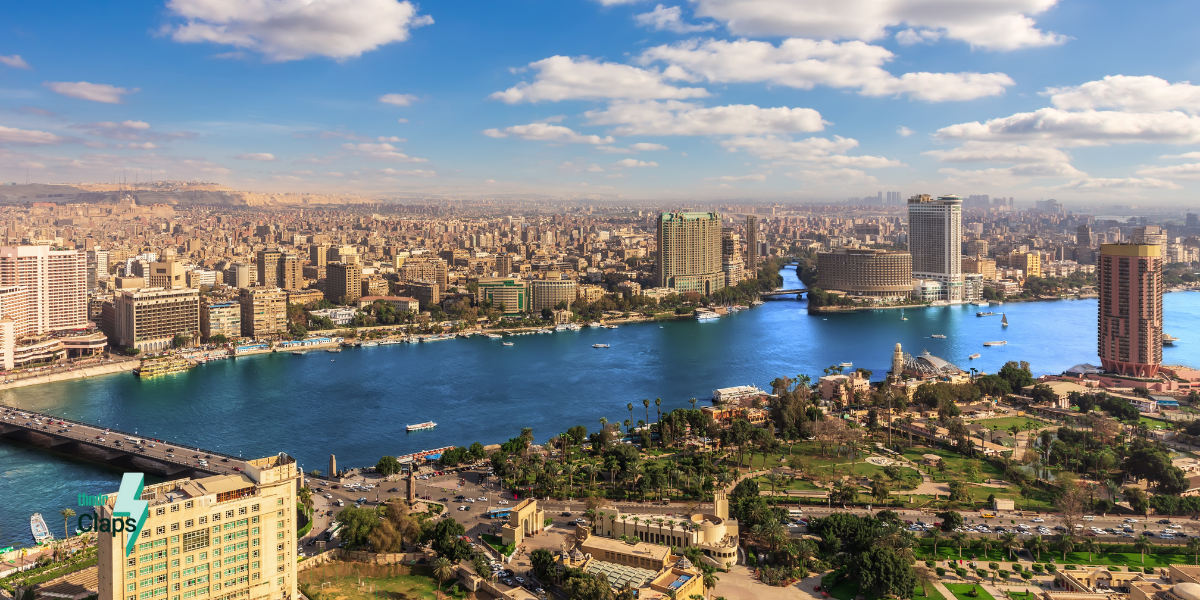 Who is affected🤷: Earlier this month, the FRA approved Emerald Developments’ (EMDE) prospectus to float 45 million shares, equivalent to a 10.59% stake in the company, at EGP 1.28 per share on the Nile Exchange. Of the 45 million shares, 29.25 are allocated to institutional & high net worth investors, with the remaining being a public offering.

Why is this important🤔: Two EGX companies collectively own most of EMDE, with Odin Investments (ODIN) owning >50% & Egyptians Housing & Development (EHDR) owning 49.9%. Both companies aim to establish a Hotel Apartment Project on the plot of land owned by Emerald, overlooking the Nile Corniche in Maadi, on an area of 6,245 square meters.

EGX is Off Today in Celebration of Armed Forces Day🖤

The Central Bank of Egypt (CBE) announced that banks along with the EGX will be closed on Thursday, 7th of October, in celebration of Armed Forces Day. Banks & the EGX will reopen on Sunday, the 10th of October. 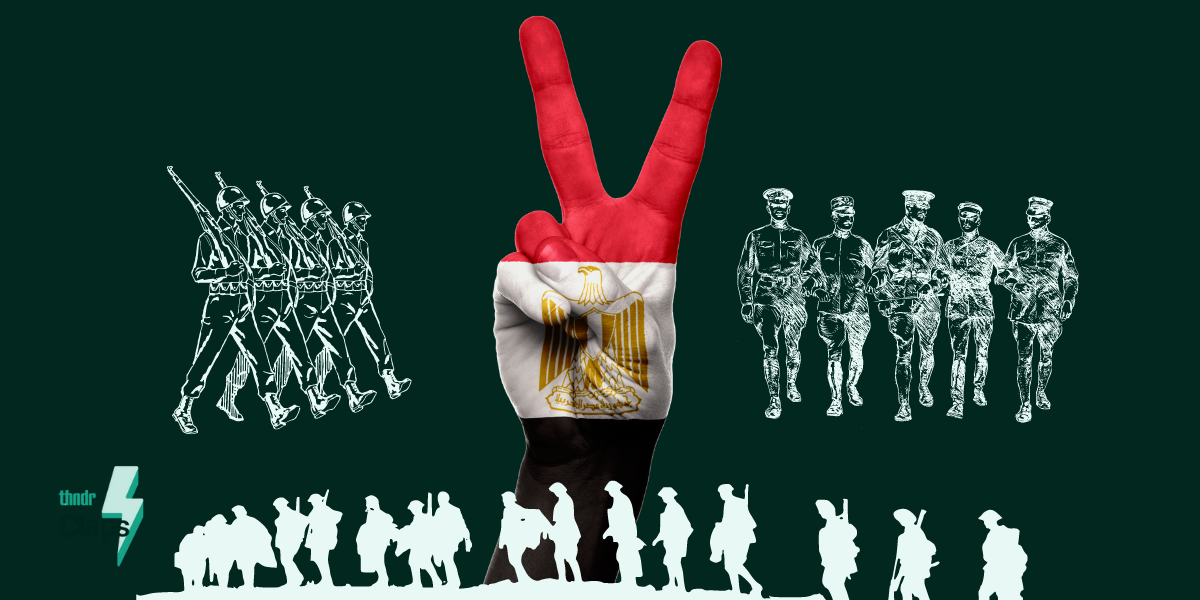 Facebook CEO Mark Zuckerberg’s personal wealth fell by over $6 billion in a few hours after the Facebook outage on Monday evening. Facebook’s stock plunged 4.9%, taking its drop since mid-September to about 15%.

Who is affected🤷: According to the Bloomberg Billionaires Index, Facebook stock’s drop cost Zuckerberg the fifth position among billionaires. Tech stocks rebounded yesterday, and as of yesterday, he stands with ~only~ $124 billion, behind Bill Gates.

Why is this important🤔: Facebook’s advertising revenues are thought to bring in $330 million a day in revenues! Facebook reportedly lost almost $100 million in income as a result of the outage.

But, what exactly happened🧐: A Facebook blog post following the outage stated “our engineering teams have learned that configuration changes on the backbone routers that coordinate network traffic between our data centers caused issues that interrupted this communication. This disruption to network traffic had a cascading effect on the way our data centers communicate, bringing our services to a halt.”