Minister of Finance Mohamed Maait confirmed the implementation of the capital gains tax in January 2022 to CNBC Arabia, with the first tax payment to be due in April 2023. Maait noted that the market is currently in a better state than it was last year in light of the pandemic. 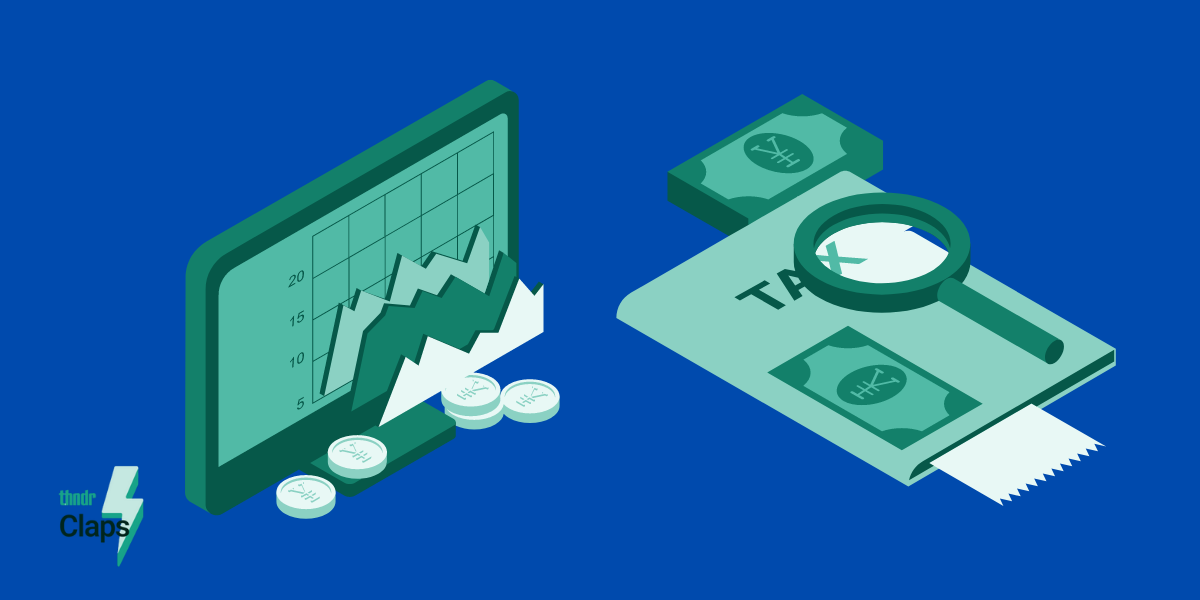 Who is affected🤷: A 10% tax will be applied on the net profits of stock portfolios at the end of each tax year, after deducting brokerage fees. Foreign investors, however, will not pay taxes on capital gains as the new rules will only apply to people and companies residing in Egypt. The tax authority said that investors with portfolios worth more than five million pounds may have to open a tax file to pay taxes. Investors with smaller portfolio sizes will not have to do so, as their taxes will be collected by Misr for Central Clearing (MCDR).

Why is this important🤔: Head of the Egyptian Securities Association Mohamed Maher pointed out that the timing of imposing the tax is not appropriate, because the Egyptian market has not recovered from the pandemic yet, and its impact still hangs over the Egyptian market. He stated that the economic policy at the time the capital gains tax was introduced in 2015 was a deflationary one, & interest rates were rising. Now, the economic policy is an expansionary policy, especially since the central bank is in more control of interest rates. (CNBC Arabia)

Cairo for Investment and Real Estate Development’s (CIRA) board of directors has approved to obtain a loan worth EGP 260 million from a local bank, as well as plans to distribute EGP 100 million in cash dividends. In a statement to the EGX, CIRA said the loan will be used to finance the company’s new projects over the coming period, CIRA highlighted. Further details over which bank would provide the loan were undisclosed.

As for the dividend distribution, the ordinary general meeting has approved the board’s proposal to distribute cash dividends worth EGP 100 million, equivalent to EGP 0.172 per share for the year ended August 31st, 2021.

In other news out of the Ministry of Finance, Mohamed Maait announced the trial phase of the electronic invoicing system, which is scheduled to begin its actual implementation by March 2022.

Who is affected🤷: There are about 100 companies that will participate in the trial phase, including Carrefour, Kia, & Awlad Ragab. In the six-month trial period, the participants will have to record all transactions through an electronic system in real-time. Maait said this project will take years to include all shops, merchants & service providers, and estimates that by April 2023, all taxpayers will be operating under the electronic invoicing system.

Why is this important🤔: The electronic system serves to modernize and automate the tax & customs systems, which contributes to the localization of modern technology, stimulating investment, reducing the size of the informal economy, & decreasing tax evasion. All while maximizing public revenues, improving the financial capabilities of the state. The ministry estimates the electronic system to double the state’s tax revenues, from EGP 1 trillion to EGP 2 trillion. Who is affected🤷: Millions of people (mostly Gen Z & millennials) use BNPL to finance their purchases. In 2020, BNPL transactions accounted for more than 2% of global e-commerce transactions. That figure is expected to double by 2024. Some of the world’s largest companies are speeding to enter the booming industry, with companies like Amazon & Apple partnering up with BNPL player Affirm. PayPal is launching its own BNPL product, & Square has agreed to acquire Afterpay for $29 billion!

Why is this important🤔: BNPL is often criticized because its users can lead themselves to spend more than they can afford. This has led to BNPL companies to set “spending limits”. Although BNPL is typically interest-free, some providers charge high late payment fees. This has grown concern over consumers’ possibility to go into debt, sometimes unknowingly! Needless to say, critics of BNPL are constantly calling for the industry to be regulated to better protect consumers.